Tooth Fairy Traditions from Around the World 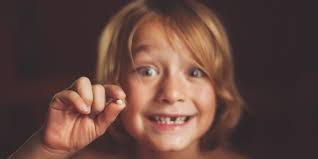 There are 3 central mythical figures in the western world: Father Christmas or Santa Claus, the Easter Bunny and the Tooth Fairy. The origins of these traditions date back to Pagan times and have naturally evolved through time and geography. Different kids in different continents celebrate the losing of a baby tooth slightly differently to what we are used to… 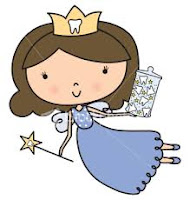 UK/USA
In the UK & USA the tooth fairy is what it says on the tin – a fairy that collects teeth from children. The usual custom is for the child to place his/her tooth under their pillow at night and at some point the tooth fairy will arrive to exchange the tooth for some money. This is done to help ease the trauma of losing a tooth.

The average tooth rate in London has gone up to a high £2.50 per tooth! A considerably higher rate than the 50p we remember receiving for losing a tooth! 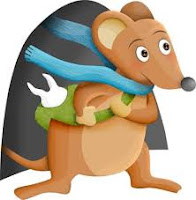 Spanish countries
Many Spanish-speaking countries don’t believe in the tooth fairy at all, but a mouse called Perez. Like the Tooth Fairy, Perez also collects baby teeth but instead of money, children are given a gift.

In some Spanish speaking countries, kids stick their teeth in a glass of water before bed so Perez can rehydrate himself after the thirsty work of collecting children’s teeth. He then leaves the small gift in the empty glass.

India, China, Japan, Korea
What child wants to place their tooth under their pillow if they can toss it up in the air? When a tooth is lost from the lower jaw, kids throw their tooth on the roof but when it is from their upper jaw, it is thrown to the ground. Kids do this while yelling out a wish that the missing tooth be replaced by the tooth of a mouse, as mice have teeth that continually grow!
Posted by Unknown at 11:18 No comments:

Early treatment can save emotional, physical and financial stress

Generally speaking, pain is a protective response that ranges from minor sensitivity to severe pain and informs the body that something is wrong.  As for tooth pain, it is caused by a reaction of the nerves inside a tooth's pulp chamber with the severity dependent upon the type and degree of the stimulus. What follows are some examples of symptoms you may be feeling and their possible causes. 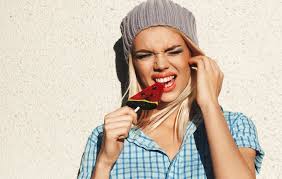 Symptom: Sensitivity to hot or cold foods and liquids.

Possible problem: If discomfort lasts only moments, sensitivity generally does not signal a serious problem. It may be caused by; a small area of decay in a tooth, a loose filling or an exposed root surface resulting from gum recession and possibly toothbrush abrasion.
What to do: If a root surface is sensitive, keep it clean and free of dental bacterial plaque. Use a soft toothbrush, cleaning very gently at the gum line, and brush no more than twice daily. Try using fluoride-containing toothpaste made for sensitive teeth. You can even try using toothpaste like an ointment, rubbing it into the root surface for ten minutes or so at a time. If the sensitivity continues, see your dentist

Symptom: Sensitivity to hot or cold foods after dental treatment.

Possible problem: Dental work may result in tooth sensitivity due to inflammation of the pulp tissues inside a tooth.
What to do: This sensitivity should last no longer then a few days; however, if decay has recently been removed or a filling or crown recently has been placed, a tooth may take a week or two to settle. Mild pain relievers like aspirin or ibuprofen should help. If the pain persists or worsens, see your dentist. 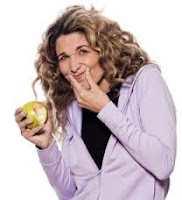 Symptom: Sharp pain when biting down on food.

Possible problem: Decay, a loose filling and/or a cracked tooth are possible causes.
What to do: See a dentist to diagnose the problem before the pain worsens. Decay will need to be removed, and a loose filling replaced by your dentist. If the pain is caused by pulp tissue damage he may need to perform root canal treatment.  A cracked tooth may be difficult to treat not only if it involves the pulp, but also depending on the location and depth of the crack.

Possible problem: This probably means the pulp is inflamed and/or dying, and may be irreversibly damaged usually as a result of deep decay or physical trauma.
What to do: See your dentist to diagnose the problem before the pain becomes severe due to the development of an abscess. 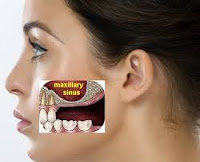 Symptom: Dull ache and pressure in the upper teeth and sinus area of one or both sides.

Possible problem: Pain felt in the sinus area of the face is often associated with the upper back teeth because they share the same nerves. The origin of this “referred” pain consequently may be difficult to determine. Therefore, sinus pain can feel like tooth pain and vice versa. That's why sinus congestion from a cold or flu can cause pain in the upper teeth. Additionally it's also important to determine if clenching or grinding is a factor, as they too cause similar symptoms.

What to do: See your dentist to find out if the symptoms are dentally related; otherwise, you may need to see your family doctor. However, don't wait until the pain worsens. 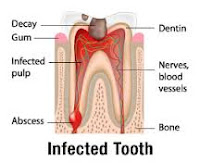 Symptom: Acute and constant pain from an area, but difficult to say exactly which tooth is causing the problem.

Possible problem: The pulp tissue inside a tooth is acutely infected, inflamed and dying. This is generally in response to decay coming very close to or entering the nerve.
What to do: See your dentist immediately for a thorough examination. Once the problematic tooth is isolated, a root canal treatment to remove the infected pulp tissue will bring relief while saving the tooth. Untreated, the pain could become worse.

Symptom: Constant severe pain and pressure, swelling of the gum and sensitivity to touch.

Possible problem: A tooth may have an infection/abscess that has spread from the pulp into the surrounding periodontal tissues (“peri” – around; “odont” – tooth) and bone.
What to do: See your dentist immediately. A root canal will probably be required. Over-the-counter medications like ibuprofen will help minimize symptoms until you are treated.
Don't wait for the pain to get worse.

Note in the above examples, possible problems and solutions are suggested — but they only provide possible guidelines.  In all cases of tooth or jaw pain or discomfort in and around the teeth and jaws, see your dentist as soon as possible for a proper evaluation and treatment.  If your pain has a medical component, your dentist will refer you to doctor.
Posted by Unknown at 12:05 No comments: 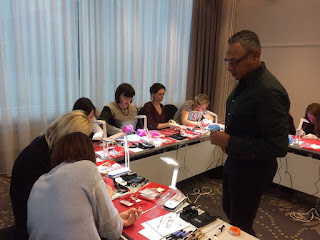